Other Kinds of Craftsmanship

I went down to D.C. two days early for this year’s Malice Domestic conference, because my husband had an event to attend beforehand. I was at loose ends while he expounded energy policy, so I wandered into the annual Smithsonian Craft Show. It’s a juried show that draws applicants from all over the country. More than 1,000 artists competed for 120 spots. Thirty-four states were represented.

You know how you can get really depressed when you read a good mystery, because you can’t imagine how you’ll ever write one that good? Well, here’s news: other crafts than writing can have the same effect. The sheer perfection of these objects left me wincing at my own feeble efforts to make a work of art out of words.

But I’m a brave little soldier. I walked around, took pictures, talked to artists and tried to learn. I’d planned to write you a profound meditation on creativity and craftsmanship. But what do I know? Below are eight of my favorite exhibits, followed by what the makers themselves have to say about the process of bringing them into being. Change a few terms here and there, and they’d apply just as well to the writing trade.

My work began as a quest for iridescence…. I studied and apprenticed with a master potter for six years. At first, my studies focused on form. I made thousands of sake cups, then thousands of tea cups, then, eventually, vases and other forms, until my hands and body could create without the intervention of my conscious mind. I performed thousands of experiments…. 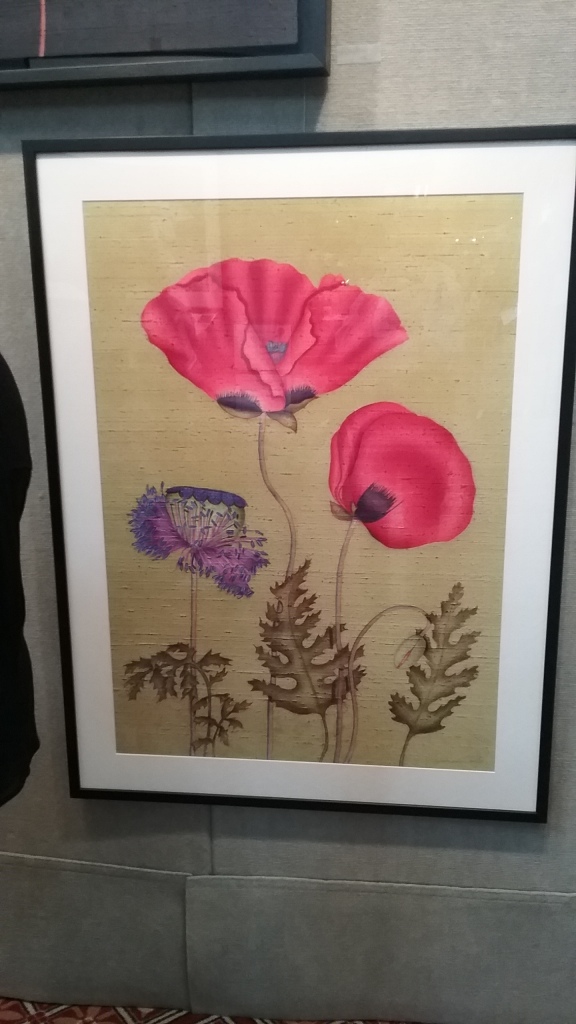 I was drawn to working with silk and dyes because of the vibrant colors of the dyes and the wonderful texture of the silk. Since I am self-taught in this medium, I had no idea of traditional silk painting and developed my own way of applying and managing the unmanageable dyes. I did, however, have a sense of the imagery that I wanted, and was able, after many trials and much patience, to adapt a process that achieves my goals.

It was not until I started planting my own gardens about ten years ago that my imagery changed from abstract to realistic in the form of botanicals. I was so excited every time something emerged or bloomed that I felt compelled to capture this beautiful and amazing natural structure.

Tom and Kathy Wegman’s beaded art lives when they began collecting Native American beaded objects. After a while, they began making their own art, inspired by the beads themselves — bright, shiny things with the power to transform a mundane object into a thing of wonder.

Using over 450 different colors of seed beads to transform everyday objects into works of art. They glue individual strings of beads to other people’s discarded objects — roller skates from the Salvation Army, a lunchbox from the local secondhand store. Their general policy is “the brighter, the better.” 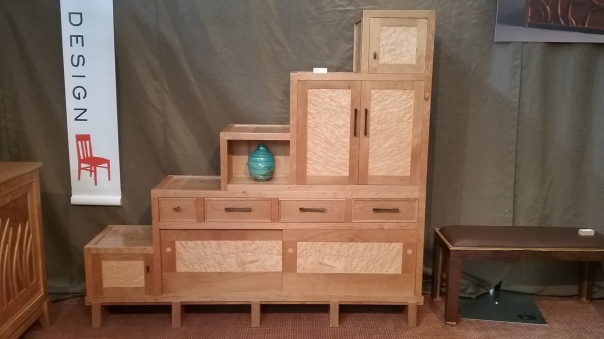 I take my cues from everyday objects, nature, the world around me, something as basic as a leaf – simplicity and elegance on the surface, but with an amazing underlying complexity. 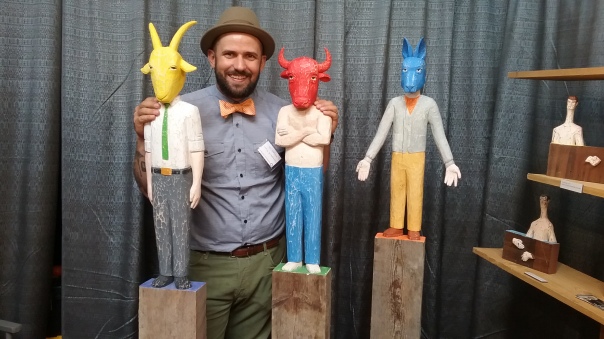 The reclaimed lumber he predominantly sculpts in provides a sense of history much greater than anything he could hope to achieve through artificial means. Elements of the wood’s own history, such as, nail holes, checking, and insect burrowing go into forming what he creates.

Retablo of the Garden of Eden by Nicario Jiminez
retablosnicario.com

Retablos are sophisticated folk art in the form of portable boxes filled with brightly colored figurines arranged into intricate narrative scenes.  From the 16th to the 19th centuries, Retablos were carried through the mountains by Spanish priests as portable religious shrines for Catholic saints.  Later, they were adapted by indigenous people to include their own deities and mythologies. 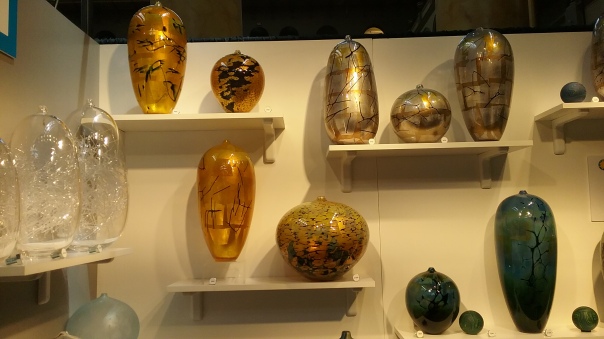 These pieces arose from a desire to create something interesting with clear glass.  I enjoy working in this style because of the balance between control and serendipity each represents.  Maintaining the shape of each vessel while allowing the glass canes to create a chaotic and beautiful fused nest within the piece is an exciting balance to execute.  As a result, no two are alike. 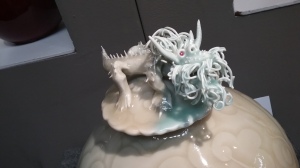 Lid of ceramic vase by ?

I lost my note of the artist’s name and contact information for this one. I’m still searching. For now, I’ll leave the nature of its inspiration to the reader as an exercise. Anybody care to ghost-write the artistic statement of this dragon’s maker?