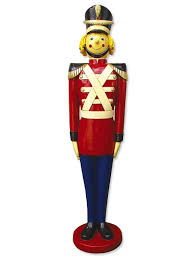 Hamlet (or Mr. Cumberbatch), in the throes of madness
(christmaswarehouse.com)

Last night, I didn’t see Benedict Cumberbatch play Hamlet in HD at Dartmouth’s Hopkins Center. He certainly played Hamlet, the melancholy Dane, only the play wasn’t Hamlet. It was a three-hour performance of pieces of Shakespeare’s play, sliced, diced, and chopped. The meal was tasty. But I went for a dinner of Hamlet and got several interesting “small plates” instead.

I don’t call in the Holy Inquisition whenever anyone alters a word of Shakespeare. New views of old masterpieces occur each time anyone first reads/sees/hears them. Experiments with the text can be fine. And Cumberbatch is a perfect Hamlet for our times: a man trying to do the honorable thing in the face of enormous evil and confusion. Cumberbatch also treads the line between verse and ordinary speech so well you don’t notice he’s doing it. The play would have been comprehensible to an intelligent high-schooler, which is not always true of more conventional productions.

But why open with Hamlet in an attic, listening to a portable record-player spew out Johnny Mathis? Well, all right, if Horatio will then appear and we can get right out on the battlements and see the ghost. But no. Horatio’s first business is to get Hamlet to for Heaven’s sake come downstairs to dinner with the court. When he gets there, everybody else is dressed in Edwardian style. (I suppose Downton Abbey now defines “the olden days.”)

When the ghost finally appears – oh, dear. He speaks his lines very well. He even disappears at one point down a very Shakespearean trap door. But he also rips open his shirt to display a precise plastic imitation of mouldering human flesh. Just like in the movies. The camera closes in, so the HD audience gets a better view than the theatregoers did. And there is a musical (?) sound track, just like in the movies, that conventionally roars its instructions to the audience: Be horrified! Be grossed out! The sound track banged on through most of the play, often drowning out the actors, while the lighting effects mimicked sharp camera cuts.

Hamlet, in case you’ve forgotten, pretends to be mad while actually being driven almost mad by his impossible situation. Poor Cumberbatch, whether willingly or not we may never know, enacts this strategy by trying on a Hallowe’en costume or two, then settling on the uniform of the traditional toy soldier, complete with snare drum. He then marches the length of the banquet table – that’s on the table – drumming. This fools everyone.

Other business is equally incomprehensible. Ophelia has hobbies: she take pictures with a Mathis-era camera and she plays the piano. And your point is? Her final madness causes her speech to soften and accelerate so greatly that she might be listing the deadly side effects of some newly advertised drug. We certainly can’t hear her.

Then, in the final scene, as we try to weigh up the pros and cons of the production, Cumberbatch gives us a performance that absolves him of all offenses. He believes entirely in his reconciliation with Laertes; he behaves and fences like the Elizabethan gentleman, athlete and scholar that he really is, and he dies reconciled to death.

I’m no tekkie, but I hope some computer nerd somewhere will make sure that this performance will be preserved for the ages.