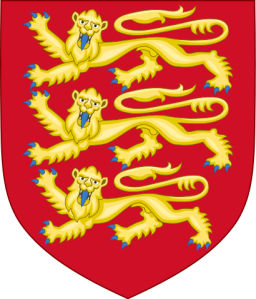 I’ve been spending a lot of time lately with the second son of an English duke. You’ve guessed, of course: I’m devoted to Lord Peter Wimsey, Dorothy L. Sayers’ renowned aristocratic sleuth. There was something of a vogue for detection among the fictional peerage of the mid-twentieth century.  The fashion waned and probably received its death blow from the dreary antics of late-twentieth-century royalty.

Sayers (imho) made better use of aristocracy, or at least of wealth, than any of her contemporaries. In all too many a mystery, a mink stole or an ancient and expensive brandy drops into the scene for no better reason than to remind the reader that s/he is expected to be enjoying the idea of being rich. Sayers said that she surrounded Lord Peter with just those luxuries she would have loved herself: rare books, one’s own library, top-notch food and drink and presumably Wimsey’s high-powered Daimler, “Mrs. Merdle.” Her genuine delight in Wimsey’s primrose-and-black library, grand piano and excellent wine cellar call forth an equal delight in the reader.

With Sayers, this kind of detail is never just color, in the dreadful sense of the word as used by sportscasters. Our longest visit to Wimsey’s library contrasts its beauty and peace with his agony as he struggles to work out a case against a murderer who has framed the woman Wimsey loves. Dining on snails at an elegant restaurant, Wimsey notices that his guest views that dish askance, and calls for oysters instead. Attentive friend blends with money-no-object host.

The issue of color is on my mind because my fellow Thursday Night Writer Linda Landrigan persuaded me to try the mysteries of Emma Lathen, a queen of Golden Age detective fiction. Lathen was the nom de plume of two women, Mary Jane Latsis, an economist, and Martha Henissart, a lawyer. Their detective is John Putnam Thatcher, senior vice president of the Sloan Guaranty Trust Company. From his Wall Street office, he solves murders that occur in the world of business, especially high finance.

And for me it doesn’t work. I spent twenty years as an economist for investment firms. What is color to most of Lathen’s readers is just another Monday morning to me. My colleagues were not such buffoons as those Thatcher encounters (though I could have given Lathen a useful vignette or three.) But office life as described by an economist and a lawyer reaches me in pure monochrome. For Lathen’s many fans, it apparently works like a charm.

In the end, the characters and plot of Accounting for Murder pulled me in, but I doubt that I’ll read the whole series. And we all know that if you want to sell a mystery these days, and you aren’t an established author, you’d better be able to offer a series that will pull your first readers along with you.

So what about the color in my own mystery? In the literal sense, it starts out red, yellow and orange, the colors of fall in the New Hampshire mountains. It goes white and gray with winter, then a damp tan with mud season, and finally, joyously, green with spring. Figuratively, it’s the atmosphere of an Ivy League college, of a retirement home for some of its eccentric faculty, and of the rural village in transition that surrounds it.

Enough color? Not enough? Been done already? How about if the protagonist is an anthropologist specializing in African witchcraft? Too much yet? No? How about if I add a couple of ferrets? Okay, enough, right? But then I put the octopus in.

Maybe I need to rethink this….