On Not Faking the Color

I like my cozies cozy. We’re talking mystery novels here, of course. The base-case definition of “cozy” is “no overt sex or messy violence onstage.” For me, there’s one more requirement: the story has to happen in a place and/or a social setting made so vivid by the author that living in it for the length of a book is worth the price of admission. Cozy, after all, is a matter of one’s surroundings. Solving a murder? Not so important. It’s local color that makes me part with my cash in the bookstore. 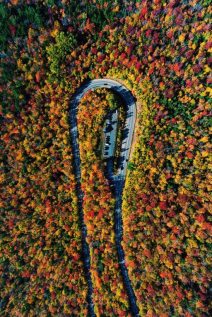 The Kancamagus Highway at its glorious best

Currently, I’m reviewing the presence of the great state of New Hampshire in the umpteenth draft of my novel. It’s a wonderful place, no question. I notice, though, that my local color focuses only on the nice stuff. Autumn-leaves-sort-of-thing. This is the “place” equivalent of the sweet and comforting cat owned by so many mystery protagonists. Said cat never ignores her owner, gores the vet or vomits on important people. Autumn color on the Kancamagus Highway is New Hampshire’s version of that cat.

So I’m hunting around for aspects of the New Hampshire life that will take readers into the real place, including the unsweet parts, which they will nonetheless want to explore with me. Here’s where that effort took me.

The Kancamagus, narrowly defined, is 37 unspoiled miles of two-lane road through the White Moutains, no turnoffs (except for trailheads), no gas stations, no food outlets, no nothing. On the other hand, it starts in Lincoln, New Hampshire, home to the Loon Mountain ski resort and a stretch of random and ramshackle shops whose only purpose is to extract dollars from skiers and leafpeepers. You can eat a gyro, spend more on a mountain bike than the annual household income in Rwanda, or get your nails painted blue with little sparkles on. Every tourist trap in the country could boast the same. So how is this New Hampshire? 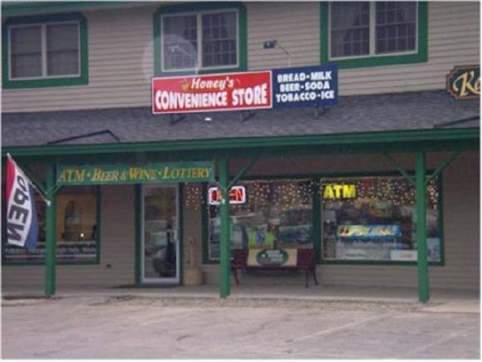 I find a possible connection: a little strip-mall shop that sells very upscale foodstuffs, organic of course, plus Luna bars, sandwiches, and elaborate chocolate pastries clearly made by machines in a factory somewhere well to the south. But one of the sandwiches is a lobster roll better than anything I’ve tasted on the coast of Maine. Why make that a specialty? Because this is northern New England, mountains or no mountains, and the lobster is one of our totem animals. (So is the moose, but you don’t want moose on a bun.) Serving bad lobster is done in New Hampshire, yes, but it is nevertheless Not Done in New Hampshire.

Winter is another New Hampshire specialty. I do let my heroine enjoy the first pristine snow of the season. This brook isn’t just down the road from my house, but its twin brother is. 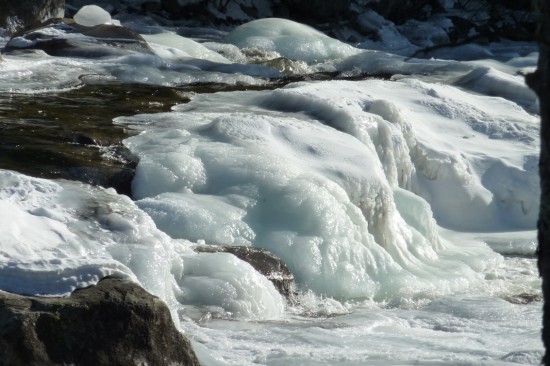 Where I have to be stern with myself is on the downside of all this loveliness. Hence : 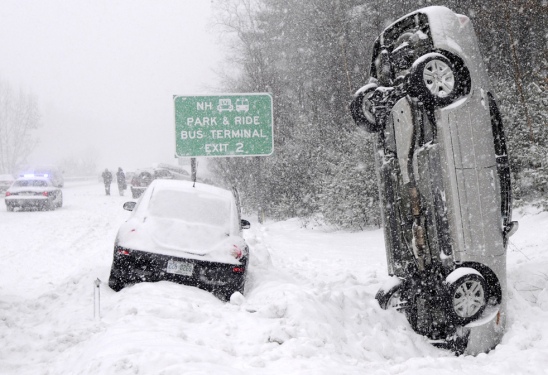 We aren’t the rural state we once were, either. In the southern tier, New Hampshire is becoming downright post-industrial. The Portsmouth Naval Shipyard is no longer the economic engine of the area. It’s more a blight on the sea coast. Good place for a thrilling climactic chase scene, though.

So one way or another, I imagine I’ll give my readers a place more interesting than some non-denominational Heaven. If I get really desperate, I still have one lead to follow: